Damaged while escaping from the ghost planet, the Jupiter 2 lands on a mysterious world occupied by Tiabo (Wally Cox)—an eccentric humanoid who threatens to attack the Robinson family—and a 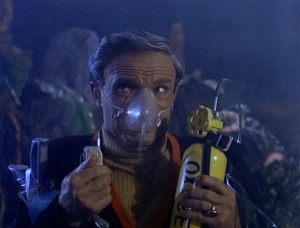 By showcasing the versatile abilities of character actor Wally Cox, “Forbidden World” will likely appeal to child audiences. Those in search of a coherent and logical science fiction piece, in contrast, may wish to avoid this episode.

During the pre-credit sequence, Professor Robinson and Major West attempt a highly dangerous, unorthodox maneuver in order to evade a powerful missile. Despite recycling footage from “Island in the Sky” (the third episode of Lost in Space), the opening scene should be commended for its riveting execution.

Hoping to create the illusion of an extensive army residing on the planet, Tiabo employs a variety of silly disguises while communicating with Will and Dr. 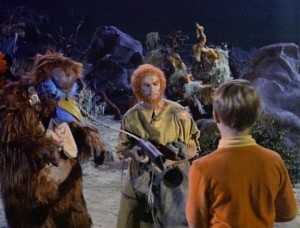 Fearing for the safety of the Robinson family, the Robot connects a detonator to Dr. Smith and prepares to ignite the volatile substance in his body. Though played for comic effect, the Robot’s decision to “blow up” Dr. Smith may disturb viewers of a sensitive nature. 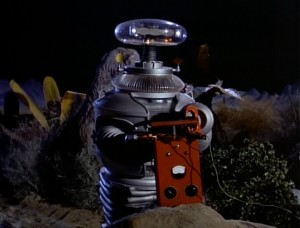 Desperate to save Dr. Smith, Will places his life in jeopardy by approaching Tiabo and asking him for a neutralizer—a poignant gesture that serves as a testament to Will’s brave and thoughtful character.

The final chapter in season two’s initial story arc, “Forbidden World” is a silly and disjointed episode. The performance of Cox may, however, entertain fans of the quirky, campy humor often featured in this series.