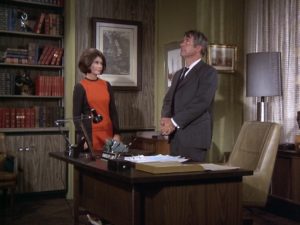 Struggling to cope with a miserable existence, past-his-prime salesman Randy Lane (William Windom) recollects a host of great memories at Tim Riley’s Bar—now closed for business and marked for demolition. Only the friendship of Lynn Alcott (Diane Baker)—a young secretary with a kind heart—and a variety of old acquaintances can convince Randy to appreciate his life in the present.

Combining sentimental themes with heartfelt performances, “They’re Tearing Down Tim Riley’s Bar” earns its status as an Emmy-nominated episode. Especially compelling is the characterization of Randy Lane, who, in spite of his irresponsible and alcoholic tendencies, will induce pity from those of a sensitive nature.

By interweaving Randy’s most pleasant memories with a dreary current-day setting, Rod Serling creates a poignant, surreal contrast between past and present—a relatable 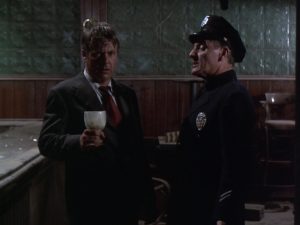 scenario for anyone with a romanticized view of history.

Further highlighting the emotional undertones of this segment, the acting of William Windom (known to science fiction fans for playing Commodore Decker in “The Doomsday Machine”) allows the audience to sympathize with Randy—a man struggling to reconcile his bleak, degrading work life with the memories of a glorious youth.

Slow-paced and heavy on exposition, this segment may fail to captivate viewers who enjoy Night Gallery for its gripping, extraordinary subject matter. 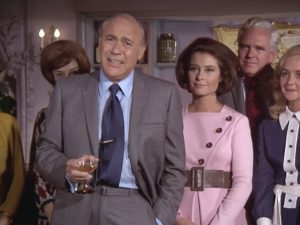 Despite benefiting from the support of a caring secretary and an old police friend, the protagonist of this segment frequently neglects his health, career, and personal appearance while grappling with ghosts of a time long past—possibly a statement on the dangerous, intoxicating allure of nostalgic thinking.

“They’re Tearing Down Tim Riley’s Bar” deserves its reputation as the greatest non-horror episode of Night Gallery. Specifically commendable are the realistic performances, bittersweet images, and moving character exchanges that define this segment. 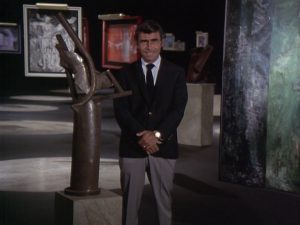 relies on astral projection to exact revenge—with a humorous outcome.

A short and goofy segment with a paranormal premise, “The Last Laurel” may appeal to fans of the horror/comedy genre. Critical audiences may, however, wish to avoid this offering for its abrupt execution, underdeveloped characters, and unanswered questions concerning a possible relationship between Susan and Dr. Armstrong. 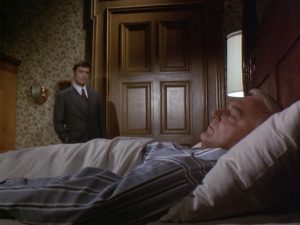 Actor Jack Cassidy should be commended for his portrayal of crippled athlete Marius Davis, at first depicted as a rational man consumed with righteous anger toward a cheating, deceptive wife; but later revealed to be a conniving and delusional sociopath—a clever and amusing character twist for a mostly silly, unremarkable filler segment.

Due to its running time of less than ten minutes, “The Last Laurel” fails to develop any of its three characters in a meaningful manner. Therefore, viewers may 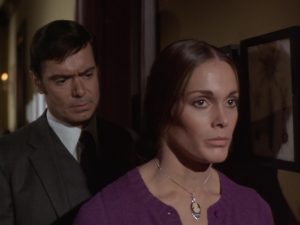 question the integrity of both Susan and Dr. Armstrong—supposedly a loyal wife and a caring professional respectively, although never definitively proven as such.

Also problematic are the astral projection sequences, which suffer from dated, if not downright cheesy, special effects—an aspect that may evoke unintended laughter from the majority of modern viewers. 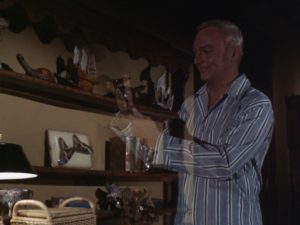 “The Last Laurel” deserves praise for its ironic twist ending, which, though predictable, highlights the danger of acting on impulse and making accusations without evidence.

Providing a unique and morbid spin on the cheating spouse trope, “The Last Laurel” is a mildly entertaining Night Gallery segment. Worth noting in particular is Serling’s use of astral projection as a narrative concept, which will likely intrigue fans of supernatural horror stories.