develops a new set of fears when approached by a handsome neighbor.

Operating on a poignant script by Jule Selbo, “Mary, Mary” examines the dark side (no pun intended) of escapism and self-imposed isolation. Except for a bizarre ending, however, this episode fails to provide a horror, sci-fi, or fantasy-themed twist on its otherwise intriguing subject matter. 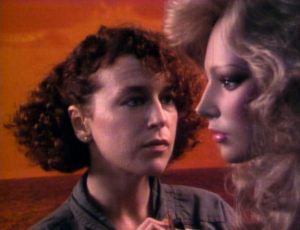 By having elaborate conversations with herself, projecting human characteristics onto inanimate objects, and preparing detailed speeches for a friendly social gathering, the eponymous character—endowed with a sad and realistic manner by actress Margaret Whitton—will tug the heartstrings of those with introverted, self-critical, and socially awkward tendencies.

Taking place in a single, uneventful room from beginning to end, “Mary, Mary” is marred by an ultra-low budget, a directionless plot, and a languid narrative pace—all 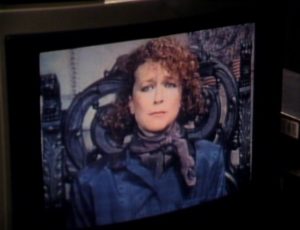 of which serve to undermine the touching and thoughtful concept for this episode.

This offering may also invite criticism for its lack of tension, suspense, and creepy atmosphere, which, if executed in a competent fashion, would enhance the dreadful nature of Mary’s fate in the final scene. 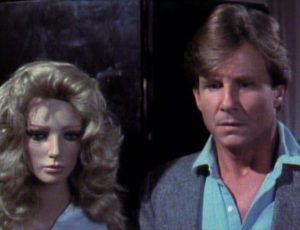 Though somewhat tedious after a while, the antics of Mary reveal the devastating impact of self-doubt, social disconnectedness, and chronic loneliness on the human condition.

“Mary, Mary” is a well-acted but deeply flawed installment of Tales from the Darkside. Especially problematic is the absence of horror and science fiction material in this episode—potentially an engaging, worthwhile psychological thriller.