Billy Drago, an actor famous for playing thugs and villains, passed away this week at the age of 73. Though best known for his supporting role in The Untouchables, Drago also appeared in many horror and sci-fi productions throughout his career (The X-Files, Masters of Horror, and The Hills Have Eyes to list only a few). 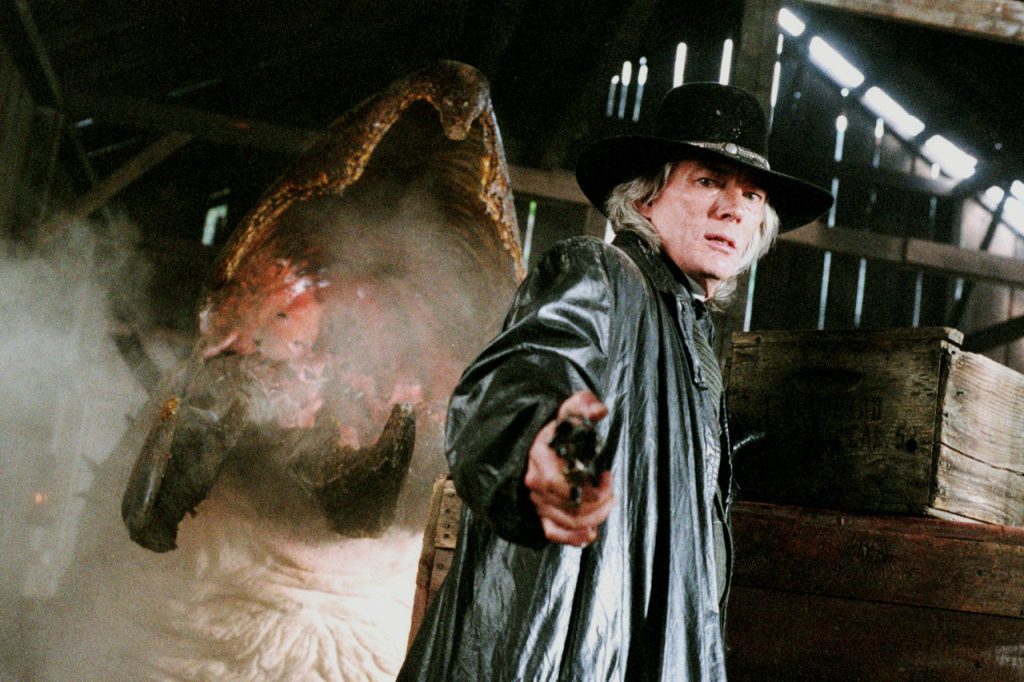 A graboid sneaks up on Black Hand Kelly in Tremors 4: The Legend Begins. Image credit: Tumblr

Personally, my favorite Drago performance is that of Black Hand Kelly in Tremors 4: The Legend Begins. A gunslinger who goes up against graboids (or “dirt dragons”) in the Old West, Black Hand Kelly adds an authentic and badass quality to the historic setting of the 2004 Tremors prequel.

One thought on “Character Actor Billy Drago Dies at 73”