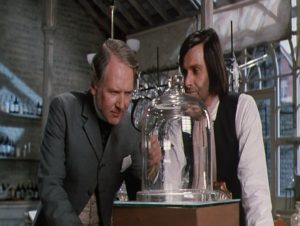 transforms into an evil and seductive woman known as Mrs. Hyde (Martin Beswick)—with a bizarre outcome.

Introducing a clever, if somewhat campy, twist on Robert Louis Stevenson’s Strange Case of Dr Jekyll and Mr Hyde, Dr. Jekyll and Sister Hyde is a worthwhile effort by Hammer Film Productions. Especially unique is the historical backdrop of this offering, which adds an authentic layer to the sordid crimes committed by Dr. Jekyll and his feminine alter ego.

Combining the Jekyll/Hyde theme with the real-life murders of Jack the Ripper and Burke and Hare, this film maintains a strong emphasis on Gothic horror elements—unlike 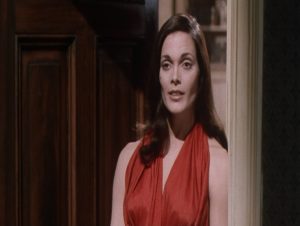 The Two Faces of Dr. Jekyll (Hammer’s first adaptation of Stevenson’s novella), which forgoes atmosphere and suspense in favor of philosophical study.

Also captivating is the performance of Ralph Bates (known to Hammer buffs for The Horror of Frankenstein and Taste the Blood of Dracula), who embodies the tormented pathos that many associate with a morally conflicted mad scientist. (One should note, however, that by killing innocent women in his Dr. Jekyll form, Bates’ character fails to maintain a strong ethical counter to his “evil” persona—unlike the original Dr. Jekyll, whose upstanding nature serves to contrast the vile and malicious tendencies of Mr. Hyde.) 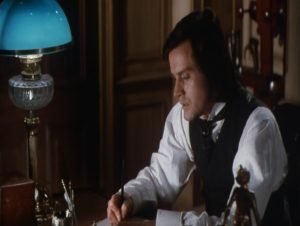 Indicating that female hormones can extend the human lifespan well beyond natural limits, Dr. Jekyll and Sister Hyde may evoke criticism for its farfetched and unrealistic premise—even by the standards of a science fiction horror story. (Dr. Jekyll never explains, for instance, why women live only slightly longer than men despite producing large quantities of estrogen—supposedly the “elixir of life” within the context of this film.)

Examining the age-old question of whether the ends justify the means, Dr. Jekyll and Sister Hyde deserves praise for its thought-provoking moral commentary. Specifically, Dr. Jekyll decides to murder individual women in order to continue his experiments, convinced that his research will improve the entire human race long-term—a haunting statement on how scientific discovery often comes at a terrible cost.